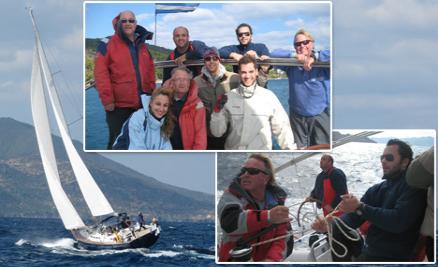 LALIZAS team was the winner of "Round Poros Rally 2011" sailing race, which took place at Poros Island from 29th till 30th of October 2011. Every year for the last 26 sailing years, Greek Sails celebrate the end of a succeed season by organising a yacht race for sailors from all over world.

The "Round Poros Rally 2011" is based more on socializing and entertainment rather than a professional race. A post-race BBQ party and awards ceremony took place after the race where LALIZAS team, as first place winners, received medals and cups. We would like to congratulate LALIZAS team for performing really well in the race and reaching the 1st place.